Globally we need to halve our emission of greenhouse gases. This will require “rapid and far-reaching” transitions in land, energy, industry, building, transport and cities. We need to move to a society that has low emissions as a default, not as an add-on. 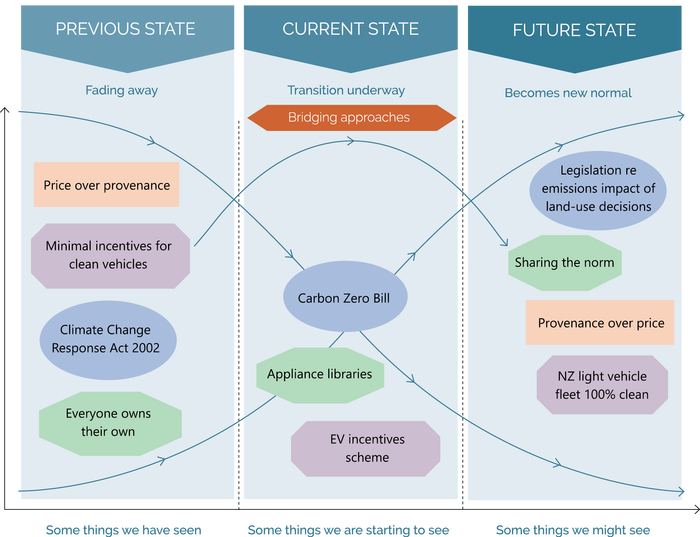 Thousands of dollars have been saved and carbon emissions reduced through a small change at the Whakatāne Aquatic and Fitness Centre.

Over the past year, Whakatāne District Council has prioritised the use of heat pumps over natural gas when heating the pools and annual carbon emissions have reduced by 114 tonnes as a result.

In doing so the council has also saved $35,000. Originally reported on Stuff.

Palmerston North City Council has set a target of a 25% reduction in CO2 emissions by 2028. As part of the work
towards achieving that goal 400 panels of 100kW solar farm were installed on the roof of the Civic Administration Building and Convention Centre in 2014.

Auckland Council was about to commission a new tug for its harbour when it declared a climate emergency, setting a target to hit net zero carbon emissions by 2040.

Realising the new tug would still be in use in 2040, council officers wanted to fulfil their new obligations with an electric model. But no such thing existed at the time. Instead of giving up, they persuaded the supplier to develop the world’s first electric tug.

It’s twice as expensive as a diesel tug but uses a third of the energy, so over its lifetime the tug will save Auckland money. The Dutch company that made it is now selling electric tugs into the European market, according to Mike Thompson, director of analysis at the Committee on Climate Change, who came to hear about the tug on a recent visit to New Zealand.

The story is a tangible example of how local authorities are leading the way for others, and how brave steps taken now can have a much bigger impact globally. Read more