It was double the success for Central Hawke’s Bay District Council today with an Excellence Award win, and an Overseas Manager Exchange awarded to a senior manager by the NZ Society of Local Government Managers (Taituarā). 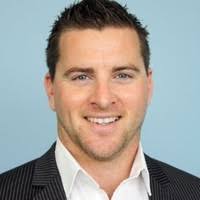 The Council took out the Capability Group Award for Innovation in Organisation and People Development, one of the categories of the prestigious 2020 McGredy Winder Taituarā Local Government Excellence Awards® for Together We Thrive! E Ora Ngātahi Ana, multi-year organisational transformation and development programme.

“To have achieved the level of improvement in staff engagement in 12 months is a testament to the leadership being aligned, along with a clear expectation from the governance wing, and a clear measurable transformation plan.

“The judges look forward to hearing how this initiative progresses.”

The Exchange, sponsored by AskYourTeam, provides a hosted visit to Queensland and a reciprocal visit to New Zealand. The aim of the Exchange is to provide a leadership and development experience for local government professionals.

Taituarā’s Workforce Leadership Manager, Jenny Spencer said that Doug impressed the judges with his desire to see how community engagement is undertaken in rural areas of Australia, and how this can be translated to rural New Zealand.

“Although early in his local government career, Doug demonstrated his ability to lead teams to deliver value for their communities, as well as the wider sector.”

“Congratulations to Doug! This Exchange provides a valuable opportunity for him to grow in his career and learn from international colleagues. Thanks to AskYourTeam for their support.

“And an Excellence Award win too!! Well-deserved for an amazing project. Thanks to Capability Group for their support.”

Taituarā’s annual Gala Dinner event was cancelled due to COVID-19, and so award recipients were announced online this year.