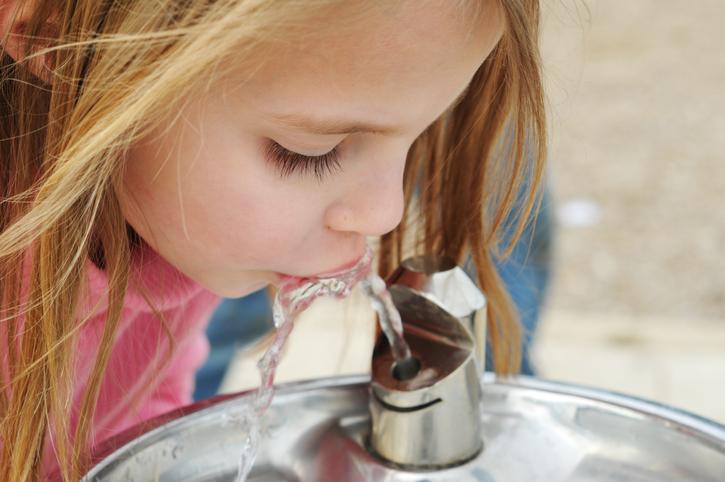 It’s hard to find a public drinking fountain but not hard to find single-use plastic bottles littering our streets and polluting our beaches and ocean.

Where are the drinking fountains?

RefillNZ has been working with councils around the country to identify the locations of most of the public water fountains, from Invercargill to Whangarei. Now, for the first time, drinking fountains covering about 85% of the population New Zealand are on RefillNZ’s online map –1,200 drinking fountains.

Hard to find and unattractive

Unfortunately despite best efforts by RefillNZ, data is still missing from several district and regional councils and RefillNZ is keen to ensure fountains in those areas are on the map / App so its easier for local residents and visitors to find drinking fountains and is urging councils to get in touch – jill@refillnz.org.nz 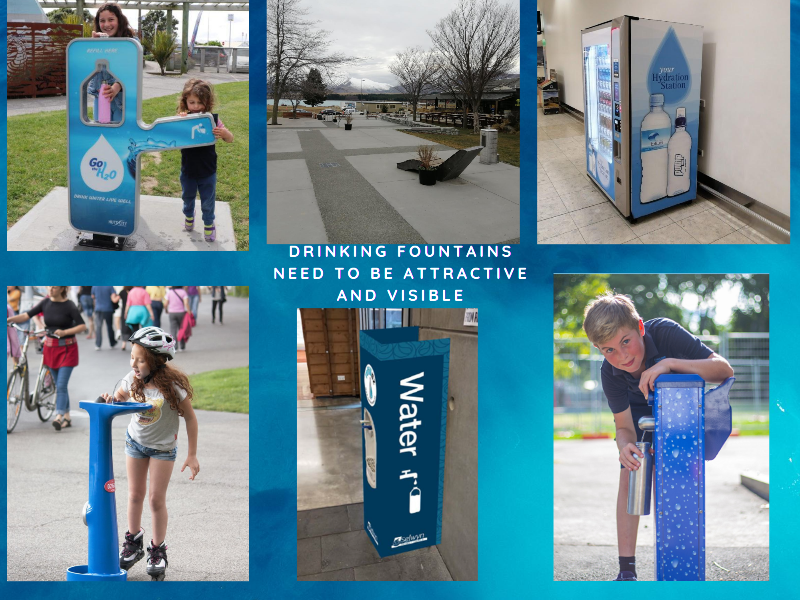 Council fountains are often unattractive and poorly maintained which means they are not easy to spot and are unhygienic.

This contrasts with the ready availability, high visibility, and strong promotion of soft drinks and bottled water by retailers and manufacturers, as well as high-profile promotional events at the beginning of summer, such as the Powerade Challenge.

As a result, sales of bottled drinks are increasing.

In 2018-19, sales of bottled water in New Zealand increased 20 per cent, despite our tap water being good to drink and FREE.

So it’s often easier to find somewhere to buy bottled drinks than find a drinking fountain, increasing the consumption of sugary drinks and bottled water.

Kiwis churn through nearly 1.8 billion plastic containers each year - and our per-capita consumption rate is among the highest in the world.

In Keep New Zealand Beautiful’s 2019 National Litter Audit (NLA) plastic was the second highest in terms of number of items found per 1000 m2 across New Zealand.

Obesity is a recognised risk factor for severe clinical outcomes of COVID-19.

NZ has the third highest adult obesity rate in the OECD and one in 10 children are obese.

Dental caries is a significant health problem in New Zealand-last year 8,700 children, aged 0-14 years, admitted to hospital to have their teeth removed under general anesthetic and each operation costs around $4,000, which is borne by the New Zealand taxpayer.

A new drinking fountain will cost less than $4,000

As a result we think it’s a no brainer for councils to install more drinking fountains, make them more attractive and clean them regularly , especially now that people are more often carrying a reusable water bottle and looking for somewhere to refill.!!!

“RefillNZ wants to encourage New Zealanders to rethink their use of single-use plastics by refusing to buy, so we don’t create plastic waste in the first place. Our primary focus should be on refusing, reducing and reusing, then recycling, especially since a lot of bottled drinks are consumed on the go and never make it to a kerbside recycling bin,” says Jill Ford.

RefillNZ is encouraging Kiwis to choose to refill a reusable drink bottle with free tap water as an easy starting point. The organisation sees more public drinking fountains around Aotearoa as a key to Kiwis succeeding in reducing plastic waste.

“We simply don’t have enough drinking fountains to turn the tide on single-use plastic bottle waste. A survey in the UK showed that 65 per cent of people said they wouldn’t buy bottled water if free tap water was readily available. That’s the sort of reduction we need to prevent plastic bottles polluting our environment,” says Jill Ford.

Over 50 per cent of people surveyed in Auckland* said they would drink more water when out and about if there were more drinking fountains.

Paying for bottled drinks on the go, when good quality tap water could be readily available free-of-charge via drinking fountains, is an unnecessary expense for Kiwi families, especially with the economic impact of COVID-19.

Sportspeople in Auckland said that water was their preferred choice but accessibility to water when playing sport is an issue.

“If there were water fountains that would make people more prone to drinking water instead of alternatives.” – Sport player

Healthy Families Hutt Valley has been working alongside Hutt City Council to increase the number of drinking fountains in the community to make water the first and easiest choice, and the healthiest option.

The Healthy Families Hutt Valley team is now working with a local community artist to create way-finding signage for the drinking fountains so that they are easy for people to spot when they’re out and about.

“We are committed to continually working alongside community and Council to increase access to drinking fountains in the places where our people spend their time.”

In Porirua, the local community has been the driving impetus around recent investment in village drinking fountains by the council. Porirua City Council considers public drinking water fountains an important priority as they encourage the drinking of water, rather than sugary drinks, and help to reduce single-use plastic bottle waste.

“Local communities in Porirua identified a need for accessible water in their communities to reduce the consumption of fizzy drinks,” says Mark Hammond, Parks Operations Manager at Porirua City Council.

As a result, 10 new public water fountains were installed during 2019-20, with another two fountains due to be installed shortly. All are listed on the RefillNZ website and app.

“The feedback from the community about the new water fountains has been very positive,” says Mark Hammond. “We focused on placing them in easy to access locations with bold bright signage, so they are easy to spot. They’ve been a real hit.”

The Council is now planning to install more public water fountains, particularly in popular playgrounds and council sporting and community facilities. They are working to ensure the fountains are easy to spot and easy to access.

“While we have yet to finalise the numbers for the 2020-21 financial year, we’re hoping that there may be an additional three to eight fountains around the city by this time next year,” says Mark Hammond.

The UK case study collated data from 27 large public organisations, including airports, universities, significant sporting venues and shopping sites that installed new water drinking facilities for visitors over the last three years. The data relates to use of 157 water dispensers and water bottle refill stations from facilities used by more than 64 million people.

Half of the sites had replaced old, outdated drinking fountains with contemporary water bottle fillers. The other half introduced bottle filling stations as an additional public service.

*September 2019, Synergia report for Wai Auckland: Research Report on Attitudes towards sugary drinks in sports and the commercial challenges to promoting water.