A new law coming into effect next month modernises Māori land rating laws that have been largely untouched for almost 100 years, signalling a major shift in the local government approach to rating Māori freehold land and encouraging housing and other development initiatives. The Whenua Māori Rating Amendment Act recognises the cultural difference in Māori and Pākehā land ownership, in which Māori freehold land is considered taonga. It gives better recognition of communal ownership of whenua Māori, situations where multiple houses are on one land block and the cultural importance of succession.

On 1 July 2021 the Act brings in a suite of changes to help Māori owners overcome barriers to bringing land into economic use, while avoiding penalties that previous rating law imposed on unused land.

Taituarā Chief Advisor Raymond Horan says the Act effectively removes from the rating system those properties that could never reasonably be used for economic purpose – either business or residential. These include wāhi tapu, or sacred sites, land under covenant, land with no road access and areas of cultural significance.

“What’s happening now is that rates are assessed and somebody gets the bill – but because there’s no income from the land the debt mounts up,” says Raymond. “From 1 July any rates owing on this land will be wiped and the land will be non-rateable.”

This means millions of dollars of unpaid rates will be wiped – but it’s money that would have been written off anyway after six years of non-payment.

Local Government Minister Nanaia Mahuta says nearly 100 years of a system that was not fit for Māori had resulted in underdevelopment of Māori land and disadvantage for Māori living on Māori land.

The new legislation also makes owners and occupiers eligible for rates rebates. Collective ownership was ignored when the rates rebate scheme was introduced in the 1970s. “It is time to correct a wrong that has disadvantaged low-income homeowners on Māori land for generations," says the Minister.

Another significant change is the power given to councils to apply rates remissions on Māori freehold land that is intended for development. Raymond says most of these developments will be housing but could also include forestry, tourism or commercial facilities. The remission aims to support the land’s economic development.

Māori freehold land is heavily concentrated in a group of 12-15 local authorities – generally in Northland, the Central North Island, and the eastern parts of the North Island. The Act gives consistency in dealing with whenua Māori across all local authorities and will replace individual councils’ policies on remitting or postponing rates payments. 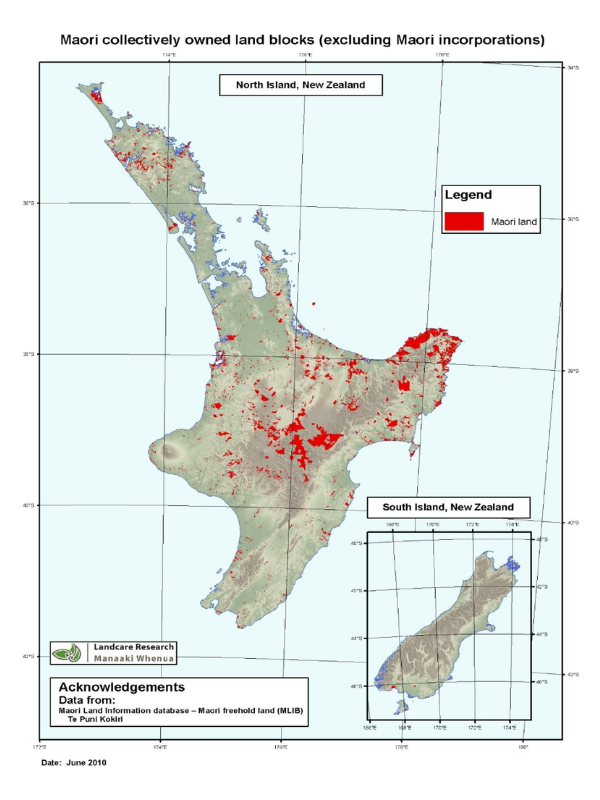 Taupō District Council has a rates remission policy for Māori freehold land in multiple ownership that is in its natural state with no income derived. The policy provides that 100 per cent of the rates are remitted; the council requires a declaration every three years to check that remission criteria is still met.

Since 2005, Taupō District Council has had a Māori Land Rating Officer who works with local Māori landowners and Trusts to ensure they are well informed on rating procedure, policy and legislation and keeps the rating information database up to date in regards to administrators, occupiers, owners and the use of the land.

The council’s Revenue Manager Toni Wilkinson welcomes the new legislation, including the ability of CEOs to write-off rates arrears. A common scenario is where an owner has passed away and arrears have prevented development: “If an individual came forward to use or develop the land then that individual became attached to the debt, even if the land is communally owned with many others.”

Toni says there are just over 1,000 Māori freehold land units in the district and a lot of this land is in use – it contributes around five per cent of the total rates revenue and will continue to do so under the new legislation. Some of these units are in forestry, large pastoral stations or horticulture and others are highly developed with power stations and a milk processing plant.

“This law will give consistency across New Zealand,” she says. “It’s taken a lot of work over the years to get where we have landed but we are now in a position of clarity and fairness across the country.”

Also welcoming the consistency in the new law is Jim Taylor, Manager of Transaction Services at Tauranga City Council. He says some Māori freehold blocks fall across more than one local authority – meaning different parts of the land face varied rates regimes.

Tauranga has 344 Māori freehold Land rating units with a total of 734 dwellings: 47 properties have 2 or more dwellings. Jim says under the new law the council’s rating team will collaborate and negotiate with owners about ongoing rates payment, access to the rates rebate scheme and future use of the land.

Changes in the law offer a great opportunity to get results for iwi and hapū by removing the barriers that have made it too difficult to get ahead, he says, and the Council will work with iwi to develop policy in a way that works for them.

“We want the release of economic benefit from the land for the direct benefit for people who own the land – and business and housing benefit the local economy.”

Jim says the legislation is a long time coming and reflects the Crown’s obligations under the Treaty of Waitangi to work in partnership with Māori. “There should be a concerted and open-eyed look at multiple-owned land in reviews of all local government legislation.”