The Exchange, sponsored by Civic Financial Services, was announced online today. It provides a hosted visit to the United States and a reciprocal visit to New Zealand. The aim of the Exchange is to provide a leadership and development experience for a local government professional.

The judges described Kym as a transformational leader who has led significant change in his organisation and made an impact on the local government sector.

“Kym is a strong communicator, and his genuineness and commitment to empowering his team to deliver for their community will gain significantly from his participation in this exchange opportunity”, said Jenny Spencer, Taituarā’s Workforce Leadership Manager.

Taituarā’s Chief Executive, Karen Thomas said that the Overseas Manager Exchanges provide a valuable opportunity to learn about local government in another country and congratulated Kym. 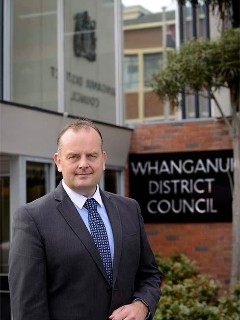 “Kym is an excellent candidate for this Exchange. He has made an amazing impact on his Council, and to Taituarā.

“At a time when local government professionals are working tirelessly to provide services and support to their communities, it is great to be able to announce this news.

“We are grateful to Civic Financial Services for their ongoing support.”

Taituarā’s annual Gala Dinner event was cancelled due to COVID-19, and so award recipients were announced online this year.