John Ridd has played many different roles in his 18 years at Taupō District Council. Now General Manager Policy & Strategy in the Council's Executive Team, in this profile he tells us about developments he's currently most excited about, about people and growing talent in-house. He enthuses about the boom in investment into public infrastructure around his District and shares a rather dapper photo of him and his dance partner from a recent competition raising money for the Life Education Trust. Tell us about your role at Taupō District Council

I am part of a five-piece Executive Team providing leadership to the organisation and I see this as my primary role.  Specifically I am responsible for the strategy and planning functions which includes those regulatory areas of local government.

I have held many roles in my eighteen years with Taupō District Council and I have been called an expert generalist.  When I first heard this I was a little taken aback, but honestly having such a breadth of experience holds you in good stead at the executive table.

Can you tell us about some of your current projects which you are particularly excited about? 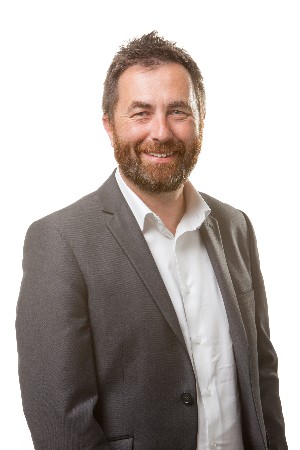 We are entering a period of significant change for local government and, although daunting for some, I get quite excited about being able to make change. Hopefully removing some of those pain points, we in the sector all moan about.

Apart from the change work, I am most excited about the digital journey we embarked on four years ago.  We have been forced to be agile during the pandemic particularly in this space.  We call this 'Project Quantum' and it's about changing the way we do business digitally and bring to our communities what they get with other online services.  You will be able to track your consent, or the problem you have reported, or find potholes in the road and fix them before the public even knows.  If we remove even 20 per cent of incoming calls – imagine the time and resources that would save.

What is the most challenging part of your role?

People are the most challenging, but also the most rewarding part of my role.  Growing talent and seeing people rock it is what gets me up in the morning.  Our organisation likes to bring in fresh talent, but more than anything likes to grow and reward talent internally.  It’s a bit like a Premier League Academy – why buy talent when it's under your nose?  Gareth (our CEO) and I are both examples of people moving through the organisation to senior roles.

Why did you decide to work in local government?

I am not sure it was an initial career choice.  I had worked for Manchester City Council that had, at the time, about 30,000 employees (it probably has far less employees now).  That is some organisation – but they did everything from schools to rubbish.  I came to New Zealand in 2003 and quite frankly it was about getting a job.  Since then I have grown to love the sector and some of the bizarre obsessions some people in our community have and that the first word that used to come out of council officers' mouths being 'no!'  The reason I really love it is because we can really make a difference to people's lives. It's not like we are curing a disease, but we can help with those little things that matter to people and help make a community.

In what ways have you been involved with Taituarā so far?

I have to say my best involvement has been the Executive Leadership Programme.  It moved a dial for me and introduced me to people I am still in touch with.  In fact, one of the attendees Julie Gardyne liked my company so much that she came to Taupō. In fairness though I haven’t been active enough and now is the time to put back.  So give me some work to do! 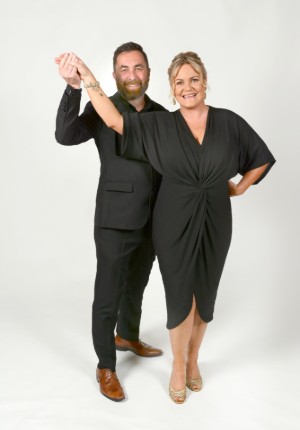 When you are not working, what do you enjoy about living in Taupō?

I have brought up my two boys Will and Michael in this District and although they are now ensconced in Wellington it has been a great place to raise a family.  I was recently asked to take part in a charity dance competition, all proceeds to Life Education Trust, hence the photo, I literally have two left feet.

The place has grown massively since we have been here and we now boast over 40,000 residents.  We have been voted the most beautiful large town by Keep NZ Beautiful and the Taupō town centre is undergoing a massive revamp following Government Investment.  Its not all about Taupō town though.  We have thriving communities of all sizes around the District and our community has never been stronger.  We have seen large government investment in Turangi and a greater focus on a permanent staff presence in those settlements.

We are getting ready to welcome our tourists and events back even though without that important sector we still saw a seven per cent growth in our economy.  Our economy is booming, our growth is noticeable, our organisation is focussed and our geographical position is perfect.  We still need talent though so get in touch!