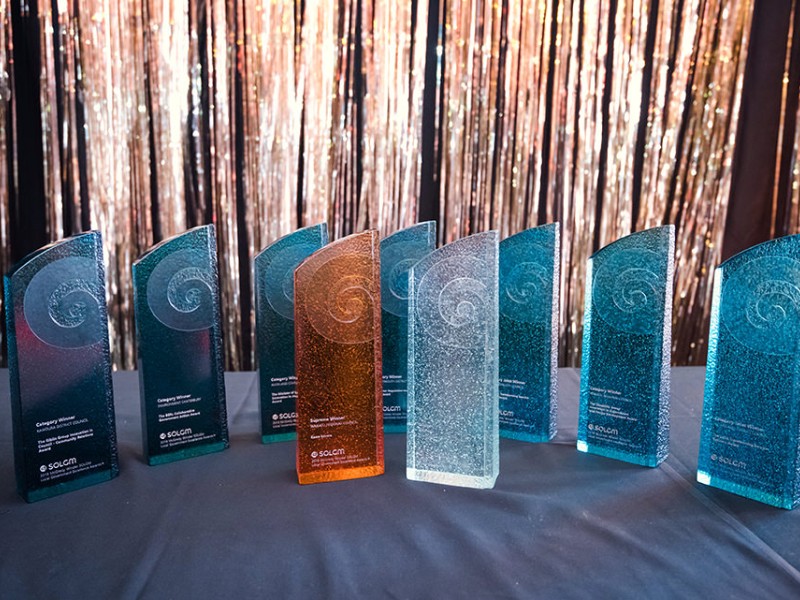 At the Dinner, held by the NZ Society of Local Government Managers (Taituarã), seven exceptional and innovative project winners were announced, including a supreme award winner. Also announced were recipients of a leadership award, several overseas exchanges and leadership scholarships, and a management challenge.

Kawe Kōrero is the Waikato Regional Council’s te Reo and tikanga Māori app for staff and elected members. Designed and built with the assistance of KIWA digital, the app is a practical tool to support confident engagement with Māori.

“Kawe Kōrero has already received wide acclaim, and therefore the judges deemed it a deserving winner of The Capability Group Award for Innovation in Organisation and People Development and the Supreme Award.”

The app can be used in any situation where employees are engaging with Māori. It is this general application and the focus on the needs of those outside council that saw this entry stand out in this category.

Also announced on the night was Matt Keil of Southland District Council as the Brookfields Emerging Leader of the Year; Bay of Plenty Regional Council as the winning team from the New Zealand leg of the Australasian Management Challenge, and the recipients of Taituarã’s Overseas Manager Exchanges and Leadership Scholarships.

A record number of 41 entries were received this year across a diverse range of local authority services – from harbour remediation to dog control. The winner of the Supreme Award, selected from the six project categories, was Kawe Kōrero submitted by Waikato Regional Council.

The judges said Matt’s strong leadership attitude and mindset came through in his application. He has a strong technical background and a commitment to relationship building.

The New Zealand leg of the Australasian Management Challenge

Bay of Plenty Regional Council was the winning team in this year’s New Zealand leg of the Management Challenge sponsored in New Zealand by JLT.

This year was a hotly contested challenge with many high calibre teams.

The judges were impressed by the calm, business-like attitude and well thought through team management of Bay of Plenty Regional Council. The group produced high quality reports across a number of areas, successfully using evidence-based research and information to back up their recommendations.

They will go on to the Australasian Finals where they will compete against the Australian state winners. Hastings District Council placed second and Otago Regional Council was third.

The other announcements made at Taituarã’s Gala Dinner were the six project category winners of the 2018 McGredy Winder Taituarã Local Government Excellence Awards ®:

These exchanges, which provide managers with the opportunity to focus on development of their managerial career though a short exchange with a partner manager in another country, are made possible through the support of Civic Financial Services and JLT.

These leadership scholarships are part of Taituarã’s LGLeadershipPathways initiative that provides opportunities for local government managers to develop their leadership skills.